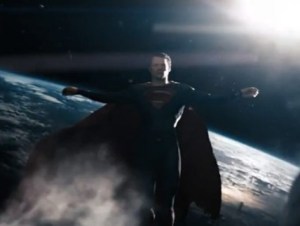 Let it be known that at the time of this writing, I own no less than three Superman statues, about four or five coffee table books and 300 Superman comics, a few even autographed by creators. The entire collection has been purchased in my adulthood, honest (see part 1)! I have come to be inspired by the character’s good deeds in various incarnations more so now than ever before in my life- post-ordination, that is. And yet, as big of a fan as I am, there is one aspect of Superman that has never really sat well with me- his comparison to a Christ-figure. 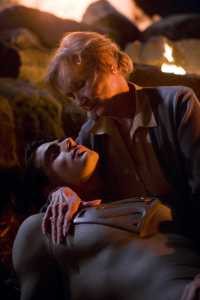 Don’t get me wrong, I am well aware that “Messiah characters” have existed in legends and fiction for literally millennia. If you go all the way back to Greek mythology, Prometheus was killed for bringing enlightenment- fire- to humanity, and for punishment afterwards a vulture devoured his liver for all eternity (not a particularly appealing penance, to be sure), very similar to the “soldier that pierced His side with a lance,” thousands of years later. There was also Hercules, hero of heroes with one foot in godhood and the other in humanity. The Babylonians had Gilgamesh, the Norse had Thor, and later, Northern Europe had Beowulf. At the very least, all were examples of the tendency of the heroic fable to refer to a “chosen one,” who would come to save the day. At most, an example (certainly in the legend of Prometheus, at least in my estimation) of St. Justin the Martyr’s spermatikos logos, or “Word seed,” in other words, the operation of the Holy Spirit in human consciousness centuries prior to Christ.

There are Messianic characters today, as well, arguably in the realm of movies more than anywhere else. There are more realistic examples such as Jimmy Stewart in the classic “Mr. Smith Goes to Washington,” Charlton Heston as Ben-Hur, among others, and then the more science-fictiony type, like Luke Skywalker, Neo from the Matrix Trilogy, and even Harry Potter. Our cinemas are chalk-full of characters with similar metaphors, so the questions begs- Why can’t Superman be on this list, too? As mentioned in the prior entries to this series, the character was meant to be a “chosen one,” yes, but not a Christ metaphor. That was popularized when the character reached the big screen in “Superman: The Movie,” by Richard Donner in 1978. In addition to plenty of imagery implying the comparison, Marlon Brando’s narration includes:

“They can be a great people Kal-El, if they wish to be. They only lack the light to show them the way. For this reason above all, their capacity for good, I have sent them you… my only son.”

It seems that after this, every cinematic interpretation of the character of Superman had to include a reference to Superman-as-Jesus, be it the “crucifixion” image in the first episode of “Smallville,” the Pieta-inspired pose at the beginning of “Superman Returns,” or the halo/outstretched arms scenes in “Man of Steel.” Aside from the issue of reverence for the source material, it has never seemed necessary to me for the story of the Last Son of Krypton to have such an explicit comparison to Jesus Christ. There is no need for his “death” or “resurrection” as a part of his being a hero (“ministry?”), and even less to be depicted with deity-like qualities. Wasn’t that the reason Siegel and Shuster originally wrote him to have grown up in the heartland of America- because he was a simple person, one of us?  I guess the entire comparison seems a little irreverent when done too explicitly.  Maybe it’s just me. 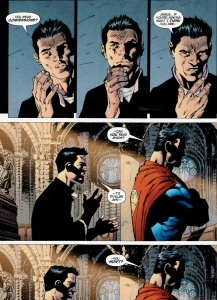 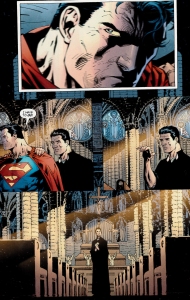 Having said all that, there are a handful of Superman stories in which Messiah metaphors are included with respect and the story benefits from them. 1996’s Kingdom Come miniseries, written by Mark Waid and gorgeously painted by Alex Ross, was one such example- depicting Superman as an aging legend but no less an inspiration to the world around him. 2004’s “For Tomorrow” depicts the character befriending a young Catholic priest, and the two, in effect “confessing” to one another as weary shepherds tending for their flocks. Perhaps most of all, the essence of the “Death and Return of Superman” storyline from 1992-1993 was to show what the world would be like without Superman in it, and, despite what the title may imply, really didn’t have much at all to do with another famous “death and resurrection” story from two millennia before it, but was fantastic, nevertheless (to date, the best-selling graphic novel of all time). I wouldn’t mind a little more subtlety in the Hollywood depictions as well.

In my opinion, the character of Superman is at his strongest (pun intended) when the story emphasizes his actions, his example making a difference in people’s lives: humility, compassion, and hope. This is where his stories really fly (pun intended!).