So after several half-hearted attempts to catch up to the juggernaut that is Marvel Studios, DC Comics and Warner Bros finally released their version of The Avengers last week to mixed reviews and fizzling box office (currently, the film is on pace to lose $50-$100 million!!).  Admittedly, I don’t think people were running to get in line for this movie like they were for any of the three Marvel movies released this year, but as an ubergeek, of course I had to see a movie adaptation of the Justice League, regardless of track record or what the critics said.

Please note there are some very minor spoilers below, so proceed at your own risk, even though I doubt anything I say will be a surprise.

I’ve said in the past that when it comes to comic book movies, the only critic I really trust is… me.  🙂 What did I think of the movie?  Read on! 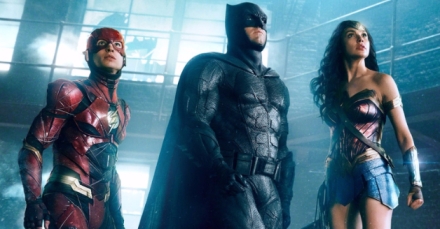 As far as good points go, if nothing else, in a comic book team-up movie like The Avengers or Captain America: Civil War, it is a thrill for fans to see characters previously not captured on film now front and center, interacting with one another.  Regardless of the overall quality, when you think about it, this is a movie with Batman, Commissioner Gordon, Superman, Aquaman, Alfred, Wonder Woman, Martha Kent, Lois Lane… the list goes on!  It really says something about the era we live in when superhero movies are so huge that a star-studded cast of a million characters gets lost on everyone like it’s no big deal.

There was a lot of Whedon-esque fun in this movie, which works well with an ensemble cast.  It’s hard to tell what in this film originated from Zack Snyder and what was added when Joss Whedon came on board to clean up the final cut, but a few months ago I read that a test screening shortly after Snyder’s departure scored extremely low with audiences.  After Joss Whedon’s reshoots and reshuffling, audience approval percentage supposedly skyrocketed close to the level of Wonder Woman. Regardless of how it happened, there is a light-heartedness to this film that Man of Steel, Batman vs. Superman, and Suicide Squad were all SEVERELY lacking, but which Wonder Woman thankfully embraced without hesitation.  People will be glad to know that, although the film still has an overall look and feel similar to BvS, the heart and tone of the movie are more along the lines of Gal Gadot’s last outing.  There is humor, heart, and inspiration, and thank goodness for that, because otherwise Snyder’s dour directorial style would probably overwhelm all the good points. 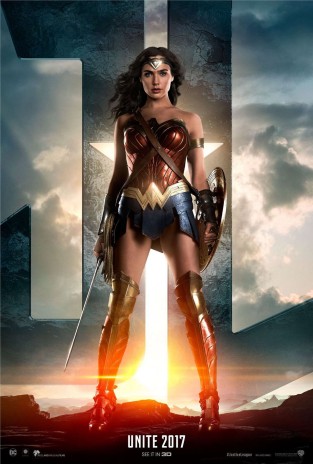 As far as the cast itself goes, Gal Gadot provides her usual dignified, elegant take on Wonder Woman, once again validating a brilliant casting choice.  Ezra Miller is hilarious and provides some much needed bright spots to a serious movie, Ray Fisher is wonderful as Cyborg, and although I dislike Snyder’s interpretation of Aquaman, Jason Mamoa works in this.  The baddie of the movie, Steppenwolf, is nowhere near as awful as everyone said he was (in fact, I’m not sure at all where that came from), and works as the Justice League’s reason for coming together.  Ben Affleck is fine as Batman in his second (third?) outing as the character, as expected.  The ensemble cast works.

Above all, if there is one thing this movie did which made it all worthwhile and EASILY my favorite piece of the whole thing, it was that it finally, FINALLY gave us a good depiction of Superman.  In this movie Superman returns from the dead, something which should come as no secret given that he has been on movie posters and interviews for months now.  Superman’s now brightly covered costume lights up every scene he is in, as do his one-liners, smiles, and overall positivity!  I absolutely left the theater excited for a new Superman movie starring Henry Cavill now that the studio has finally figured it out.

Given the underwhelming box office numbers for the film so far, however, my only hope is that it is not too little, too late. 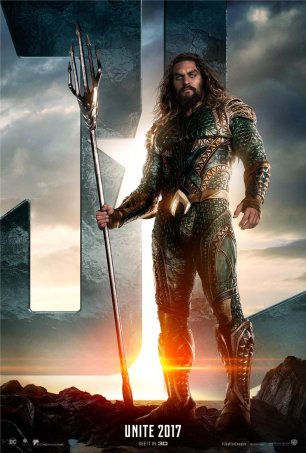 The “cons” of this movie have been so well-publicized that it almost feels like overkill to restate any of them here, so I’ll try to offer just a few points.

Amazingly, if unsurprisingly, the negative qualities of this movie were basically the things carried over from Batman vs. Superman.  The movie looks bleak, with colors often bled out of the backgrounds and foregrounds, even if the Justice League characters themselves are brighter.  The film is HEAVILY CGI, far too much so for my liking.  Certain scenes even looked as if they were straight out of a video game.  Compared to Christopher Nolan’s painstaking efforts to ground the Dark Knight trilogy firmly in reality, any subsequent film that departs from this is going to take some getting used to, especially with grounded characters like Batman and the supporting cast.

The movie also, perhaps because of the big cast, feels a little choppy.  Many of the characters’ stories are thrown into this movie in the hopes that the key points will come across to the audience without needing origin stories for each.  The problem is, a few origin stories to set this movie up might have been better.  At the risk of unfairly comparing, it would have helped if Warner Bros, in this case, had followed Marvel’s blueprint, and not tried to rush straight to the payoff. 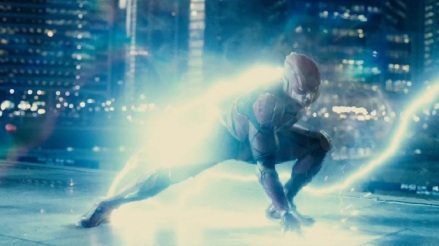 Finally, even though great strides have been made this year by DC Films to correct mistakes made in the past, the movie still feels like Hollywood trying to take an “educated guess” at making a superhero movie.  Geoff Johns, one of the most successful comic writers of the last two decades, was brought on to be a consultant for these movies last year.  Yet after three films, I’m still not really seeing him anywhere.  The overall structure of the movie studio would benefit from forming (or at this point, reforming) the team in charge of creating these movies.

Stories are meant to be hopeful and uplifting, at least for me.  At seminary, we were told that a sermon is meant to be ointment- an affirmation of the hope and love that is already there but which is sometimes forgotten.  People are beat up emotionally and even physically as they go through their lives each week, and they come to church to feel relief, not criticism.  I feel the same way about superhero stories, at least to a small degree, and I love it when a wonderful message of hope is conveyed instead of wallowing in gloom and doom all the time.  This movie does just that, and it does at least that much very well. 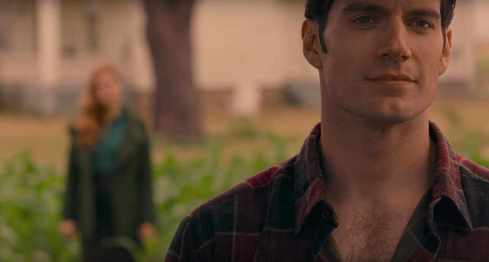 The entire premise of this movie, amidst all of the noise and crashing spectacle, is simply the question “What does one good person mean to the world?”  The movie begins with Batman and Wonder Woman still grieving at Superman’s loss and how his inspiration can be replicated.  “A great darkness is coming,” Batman says, only to have Wonder Woman reply with “Bruce, it’s already here.”  How can this darkness be fought?  How can good overcome?  This is the question that spurns the two to recruit several more heroes, but still something is missing, and it isn’t raw strength.  There is a sense of belief, a “we can do it,” an encouragement that is absent from the team and even from the world in Superman’s absence.

Once Superman is revived, he swoops in to save the day in a classic moment, complete with John Williams orchestral score (thank you Danny Elfman!!!).  Good has returned.  Light has returned.  Hope has returned.  In that moment, the entire Justice League, and by extension we the audience, begins to feel they can win!  They can overcome the previously insurmountable odds!  The tide has now turned, all thanks to one good human being who has inspired others, and by extension the entire world. 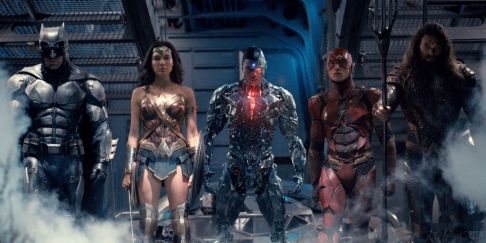 This emphasis on hope and inspiration is something which our faith emphasizes a great deal, as we know.  Even though we fully celebrate the Resurrection message on Holy Week and Pascha, that same message is at the forefront of every liturgy each and every Sunday, every feast day, and every moment of our lives as Christians.  Although not emphasized as heavily in the film itself, the destruction of death is what we proclaim to ultimately be the “Good News.”  It is this hope- that of the defeat of death- that changed the world and continues to change lives to this very day.  It is a powerful message, one which has altered the course of human history and left death and destruction by the wayside.  Indeed, it is the most powerful message which will ever be.

As Orthodox Christians, we rejoice in the Good News, a theme that is replete in the Scriptures, in particular the New Testament.  We believe that one Man has made a difference, and allowed the world to exponentially feel the way that the Justice League felt when its “savior” appeared in this movie- that now the insurmountable is surmountable, that victory is ours, that we can allow ourselves to hope and dream.  As followers of Christ, we also believe that by living this message of hope and victory, that we can inspire others to also do the same.  Let us never forget this!

We would do well to always remember the power of hope. 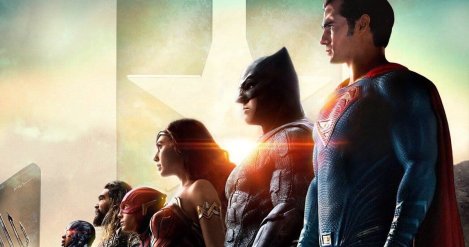 Was this movie Warner Bros’ version of The Avengers?  No.  Not even close.  But it does succeed on two other levels: it stops the hemorrhaging from Man of Steel and Batman vs. Superman, and continues the optimistic look at the world of superheroes which Wonder Woman gave audiences.

A fun, enjoyable movie that is another step in the right direction, if not completely there yet…