“It’s the fugitive who ran past me!  The one I didn’t stop when I had the chance!”

I’ve said before that Peter Parker might just be the most relatable superhero of them all.  He has money problems.  He has family problems.  He has girl problems.  He can’t seem to hold down a job and balance his responsibilities as a hero.  In one internal monologue after another, he laments not being strong enough, good enough, or noble enough to be able to manage the juggling act that is his very complicated life.

Perhaps Peter’s most defining characteristic though, is his tremendous sense of responsibility to honor the memory of his father figure, his late Uncle Ben, whose death he could have prevented if not for a moment of selfishness.  Spider-Man’s commitment to “great responsibility” was learned the hard way, and the guilt of that experience nags him constantly through his life.  No matter what version of the character one sees in print or on the big screen, Spider-Man’s guilt is always there, driving him and weighing him down.  How often have we heard Tobey Maguire, Andrew Garfield or now Tom Holland say lines like “I can’t let this happen again,” “It’s my fault she’s in the hospital,” or “It’s up to me?”  This motivation and sense of duty may be what we admire about Peter as a superhero, but what does this type of motivation mean for us in the real world?

In my interactions with people as a priest, I find more and more that Spider-Man is not the only one in this world driven by a sense of guilt.  Too often I hear things like “There’s no way God could love someone like me,” “I should be coming to church more” or “I feel selfish praying for myself, so I don’t.”  Instead of trusting God to help us through these difficult times and mold us like the skilled potter into what we are to become, oftentimes our shortcomings and weakness remain too much in focus.  Our perspective in life becomes colored by our sins, almost exclusively.  Guilt becomes a hole we dig that we have a difficult time climbing out of, and sometimes never do.

Of course, the problem with all of this is that we are not called to a life of guilt, we are called to a life of change.  Cardinal John Henry Newman once said, “to live is to change, and to be perfect is to have changed often.”  If we as humans are called to be molded into a beautiful vessel by the Potter, something more and more perfect with each measure of pressure and heat applied, then we are moving in the right direction.  Indeed, acknowledging one’s shortcomings is good!  Acknowledging that we fall well short of God Himself is good!  In doing so, we have now arrived at a point where we realize we need a Savior, and that we can’t do it on our own.  Here is where God can work, and the transformation begins.  Being called to conversion is a fundamental part of being a human being and being a Christian, not just once but every day of our life. 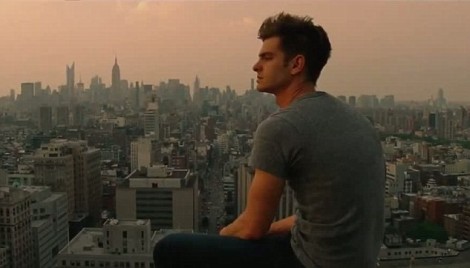 If we merely stop at step one, and feel guilty for the sake of feeling guilty, we never move at all!  It’s almost as if we spend our entire childhood hearing about how much God loves, forgives and feels compassion for our weakness- why He died and rose for us!- and yet when we become adults we forget.  We dismiss these assurances, maybe even subconsciously, because we “know better.”  We feel the weight of guilt more and more, and rather than using it as a springboard to action, it becomes an anchor which does not allow us to leave harbor.  While feeling sorrow and guilt is not wrong in and of itself, why would a person stay there if he or she can move beyond that?

The Scriptures tell us “the fear of the Lord is the beginning of wisdom.” (Proverbs 1:7) In his first epistle, St. John the Theologian says “he who fears has not been made perfect in love.” (1 John 4:18) Acknowledging our sin, our faults, our weaknesses as human beings is a first step, but nowhere in our faith do we hear that guilt is the end, or the ultimate destination.  It moves us to examination, criticism, and most importantly, action, and this is where life with God begins!  Inviting Him into our life saying “I can’t do it.  I need help.  I need You!” is where we want to be, not “I’m horrible, I can’t be forgiven.”  I don’t even want to think of what kind of psychological or even physical repercussions follow this kind of thinking.

The Lord wants us to be aware of, but ultimately move beyond our guilt.  Unlike the “Parker guilt,” we are not called to clutch onto it and never let go, but to acknowledge it and move past it.  The Church provides us with so many avenues of forgiveness, let us focus on this and not let guilt consume us.

Spider-Man’s cool and all, but do we really want to go through life being like him?  Let us accept and embrace the Lord’s mercy and forgiveness, and open our lives to His grace.  If we do, we’ll feel like we are flying!

Or should I say swinging? 😉

“All have sinned and fall short of the glory of God… being justified freely by His grace through the redemption that is in Christ Jesus…” – Romans 3:23-24

“My Christ, Your love knows no limits!” – Saint Porphyrios of Kafsokalivia

One response to “Spider-Man and the Weight of Guilt”