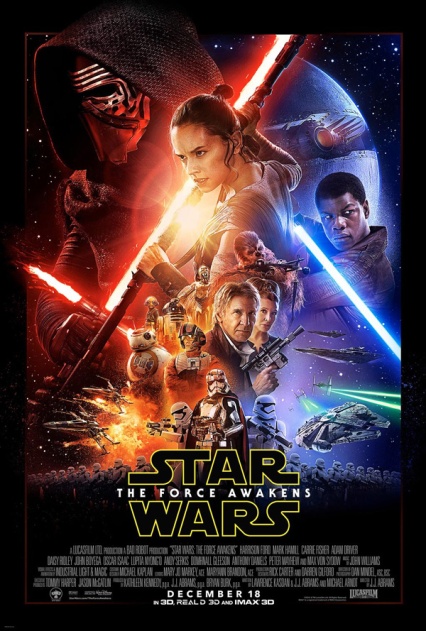 I was in high school in 1997 when a certain movie called Titanic came out and took the box office by storm.  It seemed like the movie was in theaters forever before its weekend gross started diminishing even in the slightest, in large part because many people, including friends I knew, went to see it multiple times within its first month of release (what do high schoolers know, anyway?).  The craze surrounding DiCaprio and Winslet’s doomed romance catapulted James Cameron’s epic to become the first movie ever to gross over $1 billion worldwide.  The film reigned as domestic box office king for almost fifteen years.  During those years several blockbusters came and went without ever getting close to Titanic’s monolithic, seemingly unbreakable box office records.

Granted, the price of a movie ticket has gone up since the late-90s, but nevertheless, two weeks is all it took to accomplish something no superhero, Harry Potter, Hunger Games, Twilight, Pixar film or anything else not named Avatar could accomplish.  And this doesn’t even include its international tally which is nowhere near done, either (at the time of this writing, the movie has yet to open in China).  Not bad for a movie franchise that began forty years ago, and hasn’t had a new live-action theatrical release in a decade.

We don’t just like Star Wars, we don’t even just love Star Wars.

Is it safe to say we enter-verb-of-choice-describing-a-deep-obsession-for-something-here Star Wars?

I saw the first teaser trailer for Force Awakens Thanksgiving weekend of 2014 and Christmas of 2015 could not come fast enough.  Was it worth the hype? 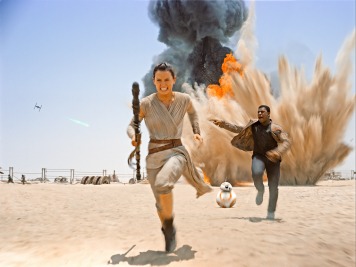 It is hugely refreshing to see the Star Wars franchise in new, very capable hands.  JJ Abrams was not only a great choice to direct this movie because of his brilliant track record in writing, producing and directing television and film properties, but more importantly because he’s a huge Star Wars fan.  Abrams declined the offer to direct the film, initially, out of fear of not doing it justice!  Thankfully, JJ’s wife talked some sense into him and made him reconsider his decision.  We, and the franchise, are the better for it.

The film has the typical crispness that we’ve come to expect from an Abrams movie in its editing and how the story flows.  No shot is wasted, and no special effect was included unless it was essential to the story.  The action is slow when it needs to be and picks up the pace when it needs to.   Simply put, the movie, well… moves nicely, as it should. 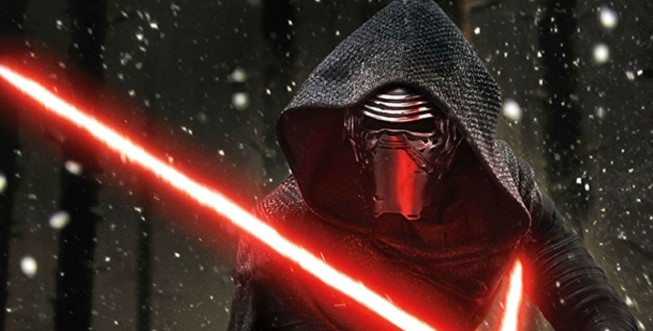 More importantly, the new characters introduced are wonderful.  I tend to be one of those fans who constantly complains about how much better something used to be in the original (I know, I’m sorry… I’m a geek, it’s what I do), but even I found myself genuinely caring about Finn, Rey, BB-8 and especially Kylo Ren.  They are not cardboard caricatures on a canvas, as tends to happen with so many other sci-fi epics.  Each of them receive enough character moments and development amidst all the action sequences that as an audience we know who they are, we know what they are, and we want them to succeed at what they’re doing.  Kylo Ren’s struggle, without going too into detail, absolutely stole the show for me.  I don’t know if I’ve ever felt the personal conflict of a character in any Star Wars movie as much as this new trilogy’s antagonist.  As I’ve said before, the villain of a piece is often the one around whom the rest of the story revolves, and when the villain is compelling, the story is that much stronger.  If so, we are off to a great start.

Oh yeah, and the action and lightsaber fights are awesome.  At the very least, if you’re looking for just a ridiculously fun popcorn movie to go to with your friends and just forget about everything else for two hours, you can’t do any better than this.

Ironically, what I thought would be the two strengths of this movie were its two biggest weaknesses.

First, as an audience we go to a sequel to see old friends.  We want to see where they’re at in their lives and what they’ve been up to since we last left them.  It’s also why Star Wars novels and video games sold so well in the 90s- people wanted to know what the next chapters of the story were.

That said, Princess Leia, Han Solo, the droids, et al feel shoehorned into this movie, with little point to being there other than to draw crowds.  Harrison Ford is now 73.  As thrilled as I was to see Han and Chewbacca on the Millennium Falcon in that first trailer, I had a hard time believing they were still master thieves/smugglers/fighters in just about anything given their age, sadly.  As much as it disappoints me to say it, the original characters should have been more in the background of this movie.  The story would have been better served to move around them, not through them.  The only one this was true of was Mark Hamill, as of course the premise of the film is the search for Luke Skywalker.  His was the only original character that made the movie stronger for me. 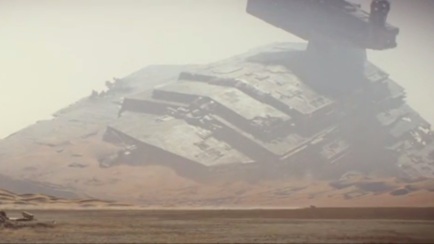 Second, in a lot of ways this film felt more like a reboot than a sequel.  It had all the basic plotlines of A New Hope and the melodramatic fights of The Empire Strikes Back.  The debate on whether this worked or not has been well publicized, and at first glance, this may even sound like a pretty good idea.  However, like any sports fan can tell you, there is a big difference between a coach who plays to not lose and a coach who plays to win.  Unfortunately, much too often this film felt like the former.  My guess is that the creators of Force Awakens did not want to repeat the failures of the prequel trilogy, and went directly back to the well and followed the formula.  While the prequel trilogy was not very good, at least it had a story to tell.  It remains to be seen if this new trilogy has one or not.

As I mentioned earlier, Star Wars is a phenomenon, but why is it a phenomenon?  What made fans camp out overnight in 1977 for its initial release, and even for the 20th Anniversary “Special Edition” release of the movie, which had a mere twelve minutes of extra footage? 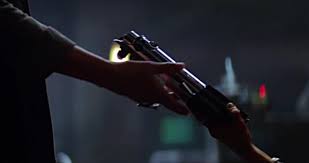 There are the amazing special effects, yes.  There’s great action, yes.  There are cool concepts, yes.  All of these are true, but many movies have come out before and since with similar formulas.  Unless I’m totally off base, I don’t see Flash Gordon anywhere nowadays.  I don’t see any books, video games, merchandise or even trace of Avatar nowadays, the highest grossing movie of all time (for now) which capitalized on the 3D craze with some of the most cutting edge special effects ever seen.  What makes Star Wars unique?

Last week I watched an interview with George Lucas in which he detailed what his plan was in bringing the Star Wars universe to life as a young filmmaker in the 1970s.  I had read before about Lucas’ tenacious studying of world mythology when crafting his space opera, but what I had not realized before was how he meticulously compiled all the commonalities of every world religion.  Lucas, who admitted he believed “something” was out there but just didn’t know what it was, made these common traits, now called “The Force,” the core of his story.

There are two interrelated qualities to Star Wars that I see which separate it from everything else with a similar formula.  One is the soap opera aspect: fathers, sons, families, secrets and lies.  People love seeing their favorite characters go through the ringer, especially when dealing with these issues.  But the second, and what I believe is even more unique, is the ultra-subtle spirituality found in the movie’s makeup. 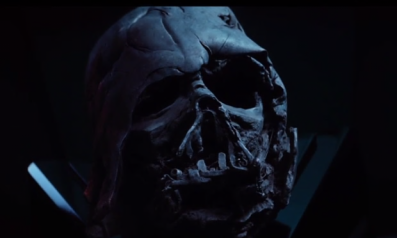 The main character embarks on a quest to realize his spiritual potential, and thus his potential as a human being.  Along the way, he must resist the yang to his yin, which his mentors insist is dangerous but not more powerful.  There are sequences of meditation, communicating through prayer, and spiritual exercise, and becoming stronger for it.  Like Lucas’ personal beliefs, this “power” does not have a name, it is not personal, it is something that is just there.  When adhered to and cultivated, the Force increases one’s own potential.  To have the Force is to be stronger, not weaker.  By the end of the original trilogy, Luke is a Jedi, Leia is on her way to becoming “the other” hope Yoda spoke of, and Han Solo, once a skeptic, now believes.

The metaphor of this “ancient religion” in Star Wars does not refer to one religion or another specifically, and yet it nonetheless captivates people around the world.  From our point of view, human beings will always be human beings, regardless of culture, ethnicity or the time we inhabit. The human being has a body and a soul, and is created in the image and likeness of its Creator.  In many of the more contemplative, meditative religions found typically in the East, it is believed that in many often subtle ways and unbeknownst to us, the soul intrinsically senses the Creator and is inclined to return to the Creator.  Why do we take our vacations at places with breathtaking natural beauty, and not downtown San Francisco or New York?  Why are millennials, the demographic most absent from church on Sundays today, also the most active in philanthropic initiatives and non-profits?  Something draws us. 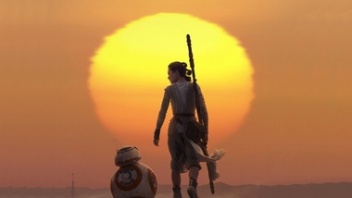 We may not choose to identify with one particular religion or feel at all like swimming in the ocean of world religions, but we still love stories about religion, about God, at least those told in metaphor.  There are, of course, many qualities to the Star Wars saga that have made it the pop culture giant it is today.  Yet I believe these spiritual metaphors, despite being less pronounced in this latest chapter, resonate with us far more than we realize.

Cool to look at and a fun ride, a good film but far from great.  I put it squarely in the middle of the seven movies- better than the prequels but not at the level of the originals.